END OF THE IVC IN ITS CURRENT FORMAT 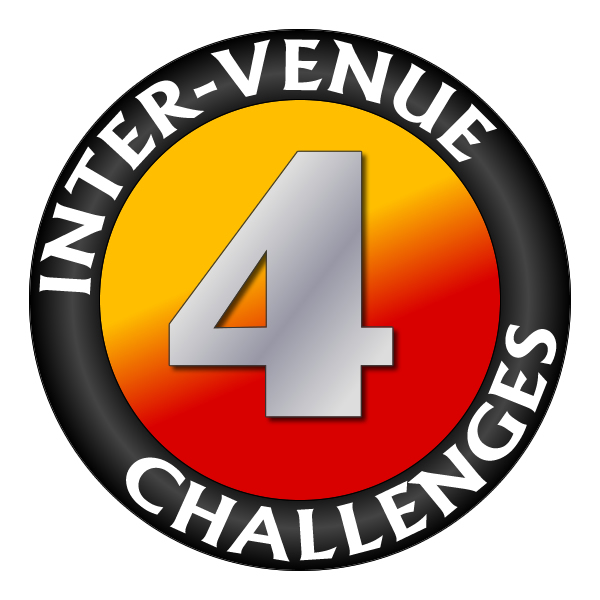 After two great seasons of the successful Inter-Venue Challenge Series, first in 8-player team competition and then a 4-player team version, it has become time to wrap it up and explore new formats. The original intention with the 4-player team version was to make the sport more accessible to not only other clubs but also businesses and schools, and in the process grow the participation to between twelve and sixteen teams by the end of June. Unfortunately this didn’t work out as planned, which caused an increase in the repetition of fixtures. Had the season continued until end October, most teams will have played five or six fixtures against the same opponents, so the organizers made a call to wrap it up before the numbers declined because of the loss of excitement.

The log-topping team as at the end of June will win half (R1,000) of the original prize pot, in line with the shortened season. The same goes for the top three players, winning R500, R300 and R200 respectively. And the season’s individual final will be played for a total of R2,500 with the top 16 players as at the end of June. The Top 16 Final will take place on 2 July at Pretoria Country Club. What adds to the excitement is that playoffs are held – although only for bragging rights (and newspaper coverage?) – with higher rewards on the logs for the winning teams. Instead of only carrying the points of their individual players, a team is awarded the full top three positions’ points. In the semi-finals the Jacarandas scored a massive 611 – this is 13% higher than the highest ever score during the season of 539. The Eagles followed suit with a score of 585 in their semi – and the final is sure to be another record-breaking affair. If the Jacarandas win they might just score enough points to snatch the top spot – and R1,000 in cash – from the Eagles at the death. The Eagles have a 12-match winning streak though, so it won’t be easy!

In an attempt to stimulate growth of the weekly premier division at each venue, the Monthly Invitationals (SCMIs) are returning. Previously we integrated this with the Legends Invitational, with the top social (non-IVC) players receiving prizes for their performance in the Legends.

The qualification criteria for the SCMI is simple: All LOCAL winners of the highest division in the weekly competition qualify. One player will qualify for every 8 players participating (rounded off). So if there are 12 to 19 players, two will qualify, if there are 20 to 27 players, three will qualify, and so forth. It remains the tournament director’s discretion which players he will put through, but mostly it will be the top players from the premier division. However, we allow for discretion for when a good player might lose in the first round due to incorrect initial seedings. This should really only happen with new players, because the level-rankings work well to seed existing players.

On nights when a venue is hosting a Super Series leg (see below), this will count as the qualifier for the SCMI for its highest-ranked local player. So if a player from another venue wins the SS leg, that visiting player qualifies for Legends but not for the local SCMI. The SCMI entry always goes to the highest-finishing local player.

Prize money for the SCMI is always R200 for the winner and R100 for the runner-up.

In turn, the SCMI becomes a qualifier for the quarterly Legends Invitational. One in every three players from the SCMI qualify for the Legends, always taken from the top. So if there are 8 players in the SCMI, the top 3 qualify for Legends. If there are 12, the top 4 qualify and if there are 16, the top 5 will qualify.

So, what will take the IVC’s place as the Play Table Tennis top-tier internal competition? We’re excited to announce the Super Series, which will kick off the week after the Top 16 IVC Final. This will be a series of events rotating between the participating venues:

The rolling rankings will be based on a player’s best four scores over the past eight weeks.

In effect this means the best four scores over six events – only two of which can possibly be from a player’s home venue events.

This motivates players to attend other venues’ Super Series events to strengthen their rankings, as only attending home venue events will not be enough to enable them to contend for the monthly prizes on offer.

There is also a team element, with the best five players from each team scoring points for their team on the night.

New players joining will be automatically assigned to the venue where they are joining unless they indicate otherwise.

The following monthly prizes will be awarded (from end August onwards):

(As at the last Friday of every month)

The Top Team prize goes automatically to the top 5 ranked players from that team in equal share, ie. R100 each.

The winner of each Super Series leg also qualifies for the next Legends Invitational. For Super Series legs with more than 12 players, two players qualify, and one additional player for every 4 players thereafter.